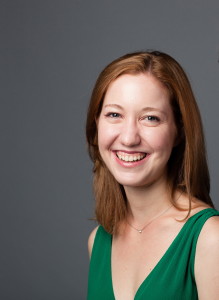 Elizabeth Beilman, violist, is a member of the Utah Symphony and the Grant Park Music Festival Orchestra. Beilman was the Principal Viola of the Sarasota Orchestra and a member of the Sarasota String Quartet from 2013 – 2015. Heralded as “a violist of exquisite tone and musicianship” by June LeBell of the Sarasota Observer, Elizabeth was awarded the President’s Prize by Yuri Bashmet at the 2013 Lionel Tertis International Viola Competition.  She currently serves as viola faculty for the Gifted Music School in Salt Lake City, Utah.

In the 2014-15 season, Elizabeth performed the Stamitz Viola Concerto with the Sarasota Orchestra.  She has previously appeared with the Burbank Philharmonic as winner of the 2013 Hennings-Fischer Young Artist Competition. She collaborates frequently with her brother, violinist Benjamin Beilman, including recent performances of Mozart’s Sinfonia Concertante with the Dearborn Symphony Orchestra and recitals at the Rabun Gap Music Festival, Chamber Music Ann Arbor and the Ann Arbor Society of Musical Arts. She is also the winner of the Chicago Viola Society’s solo competition and laureate of numerous international competitions including the Coleman Chamber Music Competition and the Irving M. Klein International String Competition.

As a chamber musician, Ms. Beilman was featured recently in the Young Artists Showcase of the Sarasota Music Festival and was broadcast on the WQXR McGraw Hill Financial Young Artists Showcase.  She has collaborated with such artists as Noah Bendix-Balgley, Martin Chalifour, Desmond Hoebig, Jerome Lowenthal, Joseph Silverstein and Peter Salaff.  She has participated in the Music Academy of the West, Sarasota Music Festival, Bay Chamber Music Festival, and Morningside Music Bridge in Shanghai.

An advocate of contemporary music, Ms. Beilman has performed with composers John Adams, Elliot Carter and Krzysztof Penderecki, and has premiered works as a member of the Thornton Contemporary Music Ensemble Quartet, the New Juilliard Ensemble and the Axiom Ensemble.

Born in 1987 in Washington DC, Ms. Beilman began studying the violin at age 5 and switched to the viola when she was 16.  She received her undergraduate degree with honors from the Julliard School of Music in 2010, where she studied with Heidi Castleman and Hsin-Yun Huang, and was awarded the John Erskine Prize for artistic and scholastic achievement.  She received a Master of Music degree in Viola Performance from the University of Southern California’s Thornton School of Music in 2012, where she studied with Donald McInnes and was a recipient of the Harvey Erickson Endowed Music Scholarship.